LOOKING FOR A TRUE BLUE WATER CRUISING BOAT AT A FABULOUS PRICE?

If your plans include heading out to sea then the Dawn Piper is a boat you'll want to sea.

PLEASE CHECK THE VIDEO LINK FOR A WALK THRU OF THE VESSEL.

Disclaimer: The Company offers the details of this vessel in good faith but cannot guarantee or warrant the accuracy of this information nor warrant the condition of the vessel. A buyer should instruct his/her agents, or his/her surveyors, to instigate such details as the buyer desires validated. This vessel is offered subject to prior sale, price change, or withdrawal without notice.(4930851)

Fuel: 50 gallons
Water: 120 gallons
Holding: None.  Removed with all septic hoses when Compost toilet installed in 2012

DAWN PIPER is an excellent couples cruiser.  Everything is substantial from the bronze ports and warm cabin lamps to the solid wood interior and thick cabin sole. She has great light and ventilation. The boat is very large inside with a big forward stateroom with tons of storage, a large head just aft to port with incredible storage and a workshop adjacent on starboard. The whole area becomes a gigantic bathroom and dressing room. A diesel heater is on the bulkhead to keep warm. The salon is also large with an L shaped settee to port and a straight settee berth to starboard. A very large table can seat about six comfortably. The table is hinged to a bulkhead and folds up to create a large open area. There is abundant storage throughout. The U-shaped galley to port is just below the companionway with lots of storage including special dish storage and a large cabinet with storage below and counter space above. The sit down navigation station is on starboard with a quarter berth aft which is great for storage.

Beautiful cutter rig easily managed by a couple. The rigging (replaced in 2009) is oversized with external bronze chainplates (rebedded in 2009), new pulleys on mast top and turnbuckles. The wire rigging has Norseman terminals so you can replace a wire one a time. The double spreader rig has permanent backstays so you don't need running backstays (bonus). She'll heave to reliably with a triple reef in the heavy mainsail and the staysail. She'll track well and balance easily to be steered by the Monitor wind vane steering system (new in 2012) or while motoring or in light winds with a new Tiller Pilot by Raymarine. The boat is rigged well to cruise.

Full keel with encapsulated lead ballast. Cutaway forefoot with relatively broad transom with a handsome sheer and relatively low freeboard, and high bulwarks. The external rudder is hung on massive bronze gudgeons. The three-blade prop is secure and safe in an aperture. Hull construction is solid fiberglass and hand-laminated. The hull is laid up with the best tooling polyester resins. The deck is molded with laminated fiberglass unit with strategic balsa coring in sections to reduce weight. The outer layer of deck is approximately 1/2" with 1/2" balsa core then a 1/4" under layer of fiberglass. Areas of deck hardware are reinforced and all were rebedded in 2005. The hull and deck are joined at the toe rail cap and the joint is completely tabbed below with several layers of fiberglass cloth. Bulkheads are tabbed to the hull and furniture is built into the monolithic structure. That is to say she is a well built solid boat!

Strong construction
Solid hand laid fiberglass hull
Massive teak bulwark cap with bronze striker rub rail
Soda blasted and 7 coats of Interprotect Barrier Coat in 2009
New gel coat in 2005
Topsides the hull above the water line below the deck was sanded and gel coat applied in 2004/5) with crimson and gold stripes at waterline and below deck
Exterior teak presently can use attention (Feb 2015) but teak is structurally fine
No teak decks!
Two tone deck has new gel coat and nonskid colored light beige on white decks
During the refit, the cockpit layout was reworked for comfort, efficiency and esthetics. Engine control box in 2011 when Yanmar installed
SS Stern pulpit solid rail was extended to front of cockpit for added safety
Tiller steering
Monitor Windvane (new in 2012) conveniently within reach on aft deck
Cockpit drains, four
Manual Bilge Pump (may need new seals)
Electric Pumps in bilge (primary diaphragm and high water rule) new in 2011
Portable bilge pump mounted on a board with attached hoses for emergency use.
Bow Pulpit: SS with Red/Green Nav lights attached (new 2002)
Bulwark is high for safety
Four large scuppers (for quick drainage)
High 30" double SS life lines
Bronze stanchion bases
Nice folding boarding ladder
Bronze opening ports, 13 heavy-duty with removable SS screens; rebedded 2005, good condition, extra gasket material.
Two large aluminum Bowmar hatches in V-berth and Saloon that can be opened either forward or aft: both with permanent screens on interior wood frames; both have canvas covers for storage when closed; both have canvas wind scoops that can be rigged forward or aft
Also a Tall wind scoop for use on the forward hatch when at anchor
The companionway hatch louvered teak doors can be replaced with heavy lexan boards for passage making or screened insert at anchor.
Lifting crane for outboard
CANVAS:
Bimini with Dodger (toast color)
Dodger handrails on sides and aft
Bimini with glass view for sails, zippers on four sides, and connecting canvas that zippers between dodger and bimini
New Stack Pack for Main Sail w/Lazy Jacks in 2012
Spray curtains attach to lifelines, port and starboard to protect cockpit
Cockpit cushions

Additional and Safety Specifics and Items

DAWN PIPER is an excellent deal on a True Blue Water cruiser.  The owner spent lots of money on upgrading the boat as shown above as he and his wife had big plans to do some serious cruising but plans changed.  He wanted to make it a bare minimum, idiot proof cruising yacht focusing on safety.  She's not gonna win a race in light winds on the ICW against some small chlorox bottle type boats but when the winds pick up and conditions get grueling she'll certainly be one of the safest vessel on the water.

Disclaimer
The Company offers the details of this vessel in good faith but cannot guarantee or warrant the accuracy of this information nor warrant the condition of the vessel. A buyer should instruct his agents, or his surveyors, to investigate such details as the buyer desires validated. This vessel is offered subject to prior sale, price change, or withdrawal without notice. 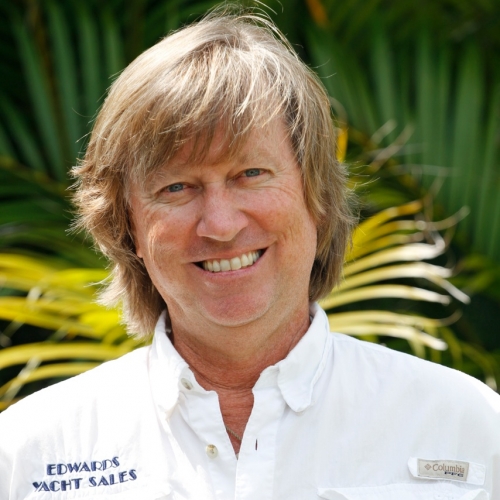